“DARK PLUMS reminds me of places where I used to cruise,” said my brother many long years after the novel was published .

It tells the story of a naïve young girl who falls under the sway of an artist-pimp in a desperate search for love.

Times Square in the Fifties. In all its sordid glory

Adrianne is naïve, ignorant of the ways of the world.  In her background are an emotionally cold mother, a distant father, and a hunger for love that she has all too rarely experienced. She is so desperate for human touch and tenderness that she is blind to reality

Soon after the incident below, she falls under the sway of a painter, an artist who persuades her to prostitute herself to support him so that he can pursue his artistic ambitions.

A man in a pale green shirt was watching her. She could feel his gaze as she walked along Broadway in the steamy afternoon heat… When the light changed, the man crossed the street, following her as she made her way uptown towards the Forty-Ninth Street subway stop…Noise of traffic and people, blaring music from a record shop… As she slowed down to glance at her reflection in a window, the man overtook her. “Hello there,” he said. With his small eyes and narrow, reddish face, he reminded her of an animal had been trapped underground. Transfixed, Adrianne stood absolutely still while people continued to press around them Then he reached out and held one of her hands. Empty and lightheaded as she was feeling, there was comfort in his touch. When he moved a stop closer, she fought an urge to press herself against him. His warmth was protection against the waves of human electricity all around them. However, she tried to wrench away. But he only gripped her more firmly.

His voice was commanding, with a rough edge, and in spite of  herself she wanted him to hold her and soothe the anguish inside her, even if it were only for an instant….oh, this was crazy, she knew. Yet she felt as if the crowd all around her could suck her into itself and leave her hollow as a gourd, while the stranger’s touched defined her body and gave her a sensation of being solid.

Discarding all caution, she went with him to a hotel room which had peeling cream-colored walls.

Then he asked with seeming casualness, “Do you need money.”

Adrianne laughed. On an impulse, she said “Yes”

With the money she could buy the beautiful dark dress she’d seen in a Macy’s window.

She felt giddy in the dim light which seeped in through the closed Venetian blinds.

“Do you know that asking or money is prostitution? I can have you arrested.” His voice had grown menacing.

Maybe he was crazy.

She’d better do what he wanted or he might hurt or even kill her. Why had she come here with him?…

She floated above both their bodies. She saw herself—a plump, flushed girl with bleached hair spread out in a tangled mass over the pillow and she watched him—a rabbity man, pump away at her…

Afterwards when he dozed off, she made her escape, fleeing with shoes and stockings in hand.

SUBURBAN SOULS tells a story of Holocaust survivors living in the San Francisco Bay Area in the 1970’s. In an  attempt to save his difficult marriage, Saul seeks the help of a psychic, Shivaya. Here she is, alone.

In the morning when she woke up, for a moment Shivaya sometimes wondered who she was, until the present came back to her and she slipped back into the enclosure of herself.  The enclosure of her body, her mind, and her memories.  The image of Saul came to her.  What was it about him that intrigued her?  For one thing, it was unusual for a man to show up at all in her classes, as so many men’s minds were closed to the metaphysical realm.

She took a few deep breaths, stretched in bed, unwrapped herself from the warm handmade Danish quilt, and stepped onto the carpet.  Looking at herself in the mirror, she experienced an instant of satisfaction. Yes, she was slender and still beautiful at forty. Her hair gleamed golden in the sunlight.

To be alone was peaceful, although lonely at times. Telephone voices connected her to the human race. But continuous day-to-day intimacy she could not easily bear. She could not withstand people’s voices and their thoughts and emotions that cut through the nerves into her psyche.

The phone rang. Too early in the morning to answer. Too early to face other people.  Ignoring its anxious ring, she poured filtered water into her kettle and put it on the stove to boil. The energy from last night’s students lingered in the apartment. The image of Saul again rose, along with a fleeting image of a house. His energy was so strong. His image floated through her mind—tall, gangly, with that dark curly hair and his pale skin. There had been a stirring of sexual attraction, but he had come because he was in pain.

She toasted a slice of whole wheat bread, poured boiling water into the coffee urn with its filter, and spread cream cheese and blackberry jam on the bread. As she sipped her coffee, she leafed through the pile of bills on the table.  PG&E – $53.00 for two months. Pac Bell – $27.00 .Chiropractor- $43.00.  Dentist – $75.00.  There was never enough money. She was always slipping behind.  The yoga and psychic training classes that she taught and the private readings never brought in enough.

If only she could take a regular kind of job. If for example, she could be a sales clerk at Macy’s. But she knew she would not be able to bear all those alien energies or the draining quality of the fluorescent lights.

After breakfast Shivaya did her daily meditation practice.

She visualized an aura of protection around her, protecting her from the clinging, penetrating desires of others.  She visualized the clear white aura turning golden, a dark burnished gold. She visualized herself opening with clarity to produce a clear reading for the new client who would be here this afternoon for a private consultation.  Even now, she could feel that woman was trying to penetrate her aura, trying to sap Shivaya’s energy by sinking her psychic chords, like claws, into Shivaya’s belly. That woman was a spiritual cannibal like the others. People sought comfort in Shivaya. She was so loving, so clear in her insights, they thought.  Little did her clients know what it cost her.

A voice sounded within her at times when she was alone, and it gave her imperious commands as to how to live her life. Was this voice coming from a spirit guide or from her own inner being? She was not altogether sure.  At times this voice seemed to change, to come from another consciousness.

Countless entities wafted through the air. They could haunt specific places, possess fragile psyches. At times she could feel their assaults, these greedy vampire-like spirits.  Yet there must be a deeper sphere where all these divergent spirits merged into one.  A sort of universal father-mother who did not err.

Unlike her own parents.

Mother: suffering martyr, tightlipped, bringing breakfast to her father and his mistress in their bed. Mother, how could you?  Father, how could you? A whiff of his cologne, an image of his hawk-like features, the sound of his voice assailed her. His aristocratic lineage was tinged with a touch of syphilis.  Hyper-sensitive and unbalanced, he had hurled his last words to her in anger.

Perhaps it was in an effort to understand him that Shivaya had begun to search for astrological explanations in a universe that seemed chaotic, capricious, and cruel.  For years she had sought refuge in magic. With incantations and rituals she found shelter from broken love affairs, money troubles, and other torments.

So many phone calls. So many moves. Three marriages. So alone. Alone

Now Shivaya rubbed rose oil over a white candle.  Nine o’clock on a grey November morning.  She placed the candle inside its mahogany candlestick and lit it to purify the apartment. Purify with white light, with rose essence, because dangerous wisps of energy still lingered from last night’s class.

Gazing into the flame, she continued her ritual. She visualized a lover coming to her. A lover who would lead her out of the wilderness of her mind, lead her out of the terrible discord produced by too many people, all wanting to take something from her, wanting to partake of her substance, strip her flesh bare, and devour even the bones.

My latest novel, SUBURBAN SOULS, is now on Amazon, both in hard copy and Kindle.

It is exciting to see it in print, somewhat like birthing a child into the world.

The novel is a psychologically intense portrait of a couple, haunted by their precarious survival as Jews in Nazi Germany, and its effect.  Against the vibrant background of 1970’s San Francisco, they face the turbulence of an increasingly sterile marriage.  Saul, an emotionally withdrawn scientist,  takes refuge in New Age Mysticism while Gerda drifts in and out of psychiatric care. Her loosening grip on reality leaves its mark on their teenage daughter, Hannah, leading to an unexpected  climax. 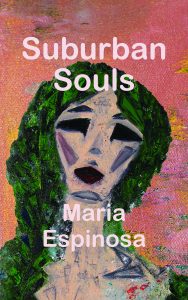 ADRIFT IN A TECHNOLOGICAL WORLD

Each new software update is torment.  Facebook becomes an impossible maze, to navigate, as do aspects of Gmail and just about everything else.

This brave new world belongs to the young. To  the toddlers who finger their tiny phones and iPads with ease, to the twenty-somethings, and to those of any age who are fortunately blessed with some kind of inborne instinct.

Pierre Janet, French philosopher and psychologist, wrote in 1889, “Personal unity, identity, and initiative are not primitive characteristics of psychological life. They are incomplete results acquired with difficulty after long work, and they are very fragile.”

I began to realize how the mirrors of other people and of the surrounding culture created a self that at the age of 18 lacked a sense of boundaries, a core, a sense of what violation was. Writing was initially an act of rage, an attempt to integrate what lay beneath the surface. It was an attempt to create wholeness within myself, to understand what had formed me and those close to me.